Many on the left are calling for the nation to get rid of the Electoral College.

And it appears that many in the media support this notion.

Unfortunately, progressives and their media allies at CNN and elsewhere have waged a disinformation campaign to bury the intentions of the Founders, or distort the Founders’ views on an institution vital to the republic.

Detractors have absurdly connected the Electoral College to racism and slavery.

The creation of the Electoral College had nothing to do with slavery; it was never even mentioned as part of the slavery debate at the Constitutional Convention. There were many slave states with large populations and free states with small populations.

And it was the Electoral College that allowed Abraham Lincoln, the Great Emancipator, to become president with 39 percent of the national popular vote, a mere plurality.

Linking the Electoral College with slavery is a smear, pure and simple.

Of course, in attacking the Electoral College, CNN chose the path of sheer dishonesty by insinuating that James Madison, a man often referred to as the “Father of the Constitution,” called the institution “evil.”

This is fake news.

The framers of the Constitution disagreed about much, but they had widespread agreement about the Electoral College and the methods of choosing our chief executive.

Alexander Hamilton, who worked with Madison on the Federalist Papers, wrote in Federalist 68 that if the Electoral College wasn’t perfect, it was at least excellent. Hamilton reflected the views of those at the convention, and wrote that it was the best way for a large and growing United States to choose presidents with a broad-based consensus from the whole country.

The debate over the merits of the Electoral College are worth having. The logic of the Founders for its creation was as sound in 1787 as it is today and serves as a powerful challenge to those who today want to turn America into a pure democracy.

The Founders, in their wisdom, crafted our system with democracy’s strengths and weaknesses in mind, and they formed a republic that has stood at the pinnacle of success in the modern world.

It’s particularly shameful for CNN and others in the media to promote outright distortions about an institution that has worked so effectively for over two centuries.

Why the ‘excellent’ Electoral College is well worth keeping

The foes of the Electoral College are back in the news.

Colorado legislators recently voted to make their state the 13th (including the District of Columbia) to join the National Popular Vote compact, which is designed to circumvent the Electoral College by having states cast their electoral votes for the candidate who wins the most popular votes nationwide.

By its terms, the arrangement only takes effect when it has been adopted by enough states to reach 270 electoral votes, the total needed to win the White House. The Colorado bill, which still requires the signature of Governor Jared Polis, brings the number to 181. That would increase to 184 if Delaware joins the compact, as its state senate voted to do last week.

Effort to Abandon Electoral College Gains Steam. Here’s What It Would Ruin for America.

Colorado is joining a list of states attempting to overturn the way Americans have selected their presidents for over two centuries.

So far, 12 states representing 172 Electoral College votes have passed the initiative into law. With the addition of Colorado (which has nine votes), that number will rise to 181. They need 270 for the compact to go into effect. It would then undoubtedly be challenged in the courts.

Ditch the Electoral College, and Small States Will Suffer

Ditch the Electoral College, and Small States Will Suffer 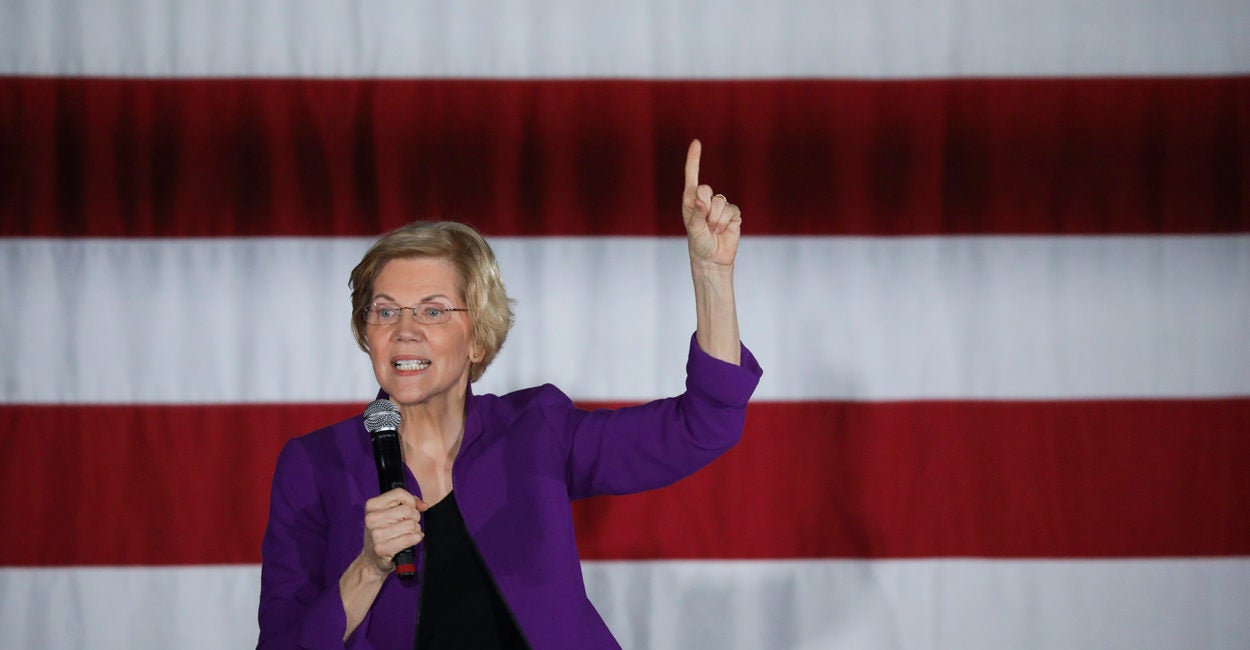 “As Maine goes, so goes Vermont.”

That’s what Franklin D. Roosevelt’s campaign manager famously joked in 1936 after Roosevelt, a Democrat, won re-election as president in a massive landslide.

It was a catchy line, oft-repeated—but it was also a joke. It referenced Maine’s long-standing reputation at the time for accurately predicting presidential elections based on its own governor’s races, which had given rise to the widely used phrase “As Maine goes, so goes the nation.”

Vermont may have voted the same way as Maine, but no one really thought Vermont would blindly follow Maine’s lead and trust it to do the right thing.

The liberal Left continue to push their radical agenda against American values. The good news is there is a solution.

The worst attack on the Electoral College: Pretending every vote doesn't count

Colleges are under attack today, with the recent admissions scandal triggering charges of inequity in the college admissions process. But Democrats are on the warpath about a particular college, the Electoral College, arguing that it advances its own brand of unfairness.
https://www.washingtonexaminer.com/opinion/the-worst-attack-on-the-electoral-college-pretending-every-vote-doesnt-count
Read more
Share

"The college that deserves all the respect it can get"

The Founding Fathers dreamed up a way to elect a president by overriding the popular will, and some people — many of them unfamiliar with what they’re talking about — want to fix something that ain’t broke.

They think the Founders don’t deserve all that respect. Didn’t they know the Electoral College, which doesn’t even have a football team or a homecoming queen, would be the redoubt of the elites? What were those guys smoking in Philadelphia?

The short answer is yes, they knew exactly what they were doing, and why, and we can be glad they did.

Do You Understand the Electoral College?